Charlie’s studio is based within his converted water-mill home in Dorset. 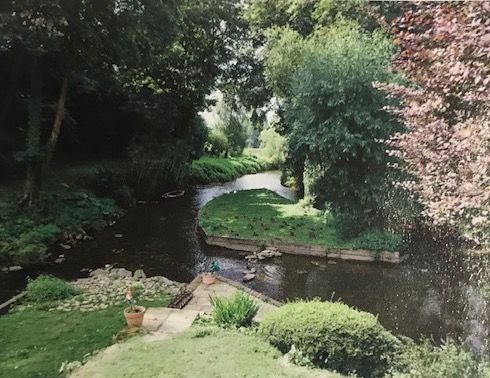 “Living here has impacted my work, in a way: it’s the peace.  I couldn’t be without water now: it’s a curse!

I can’t sleep without it. It’s magical water world that flows under the house and around the side and it’s like being in a live movie.  You’re completely immersed in the activity you’re surrounded by.

I’ve lived here for 32 years: 32 long summers and 32 winters.   We were moving from London and the idea was to have a sweeping vista on top of a hill with a huge view.  We’ve got the absolute opposite; in about four months the sun won’t even come up over the bank.  But it’s worth it for the summer.  Water has become pivotal for me.  I wish it was me who said it was living theatre, but it really is….

Theatre is my background, but after it gave me up I photographed actors in. studio in Battersea, while my wife Jess was shooting a TV series.  She used to shoot in Dartmouth, in the Devon area, and I would come down while they were filming and wander off in a little VW Beetle I had.  I’d photograph the odd shed or tree, here and there… a little path.

We were looking at a house and the owner asked what we did.  I said I was a landscape photographer, which was completely untrue! I returned the courtesy and asked what he did.  He said, ‘I’m the director of the illustrated books department at Pan Books.’  He asked if I could bring my portfolio in on Monday, and this was Friday.  I didn’t even know what a portfolio was.  I knocked up some pictures over the weekend and he said ‘Great, I’d like you to do a book.’  I got that break and off I went.  It wasn’t very much money, but it introduced me to the countryside.  I’d never been to Scotland, so when we did the West Highland Way, and I had to drive most of it, it was really amazing. He commissioned us to do the second one before the first was even published.  I’ve done 30 books now, or something like that… 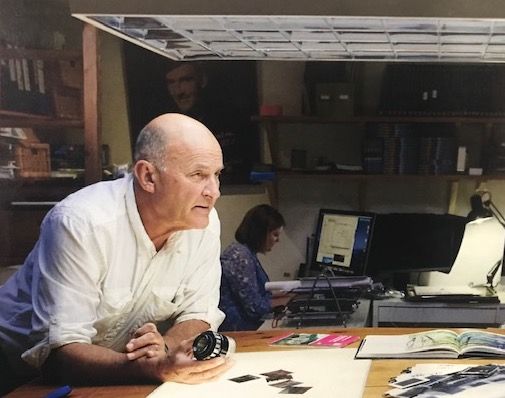 I’d like to be here in my studio more.  We have a fantastically creative team: the Light and Land and Landscape Photographer of the Year teams.  It’s really nice to be able to participate in other people’s creativity.  But my untidiness is clearly driving them mad! It’s why my landscapes have to be so precise, to counteract my untidiness.  I can’t close the drawer; I’m one of those people.  I’m not proud of it.

I print all of my own prints here.  I had to be taught: ghastly things like profiles and calibration scared the daylights out of me, and they still do, but I’m quite good at printing.  It’s taken me a lot of time and I still slip up, I still have help sometimes.  There’s always someone to help somewhere, as long as you’re not too proud to ask.

When I’m preparing for an exhibition, this is a really good place to be.  Often I’m here late at night, but It’s pretty much all daylight lighting in here.  And I can always get a water fix.  I come out and just look out, even at night; the ducks fly off pretty much exactly 45 minutes after sunset.  They’ll go in waves of three.  And then in the morning they’re back at 5am.  This is a really magical place for me: sometimes I can’t believe I’m here”. 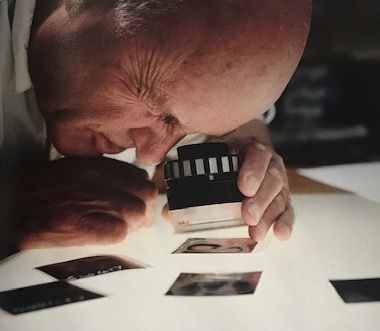