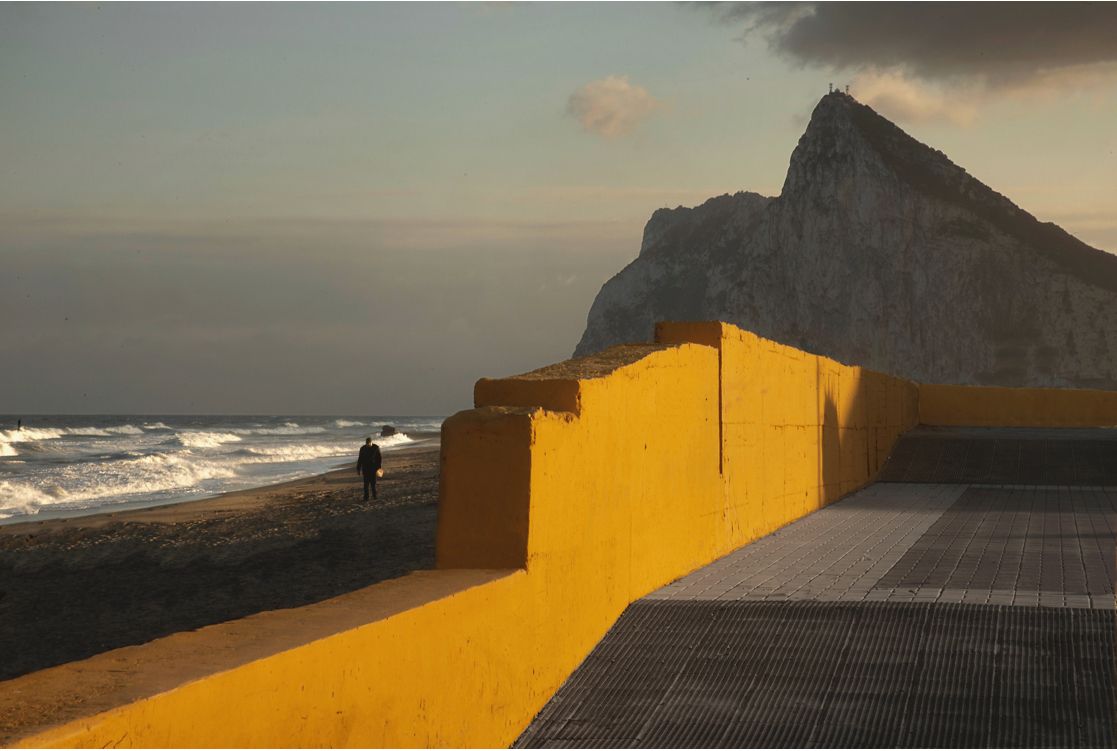 I am told that the Rock of Gibraltar is one of most recognisable landmarks in the world. I first became acquainted with it when producing a book on Andalucia and have always wrestled with my inability to produce a photograph of it.

With the airport and numerous nondescript buildings adjacent to it, I just could not manage it.

Whenever I am nearby, I have investigated countless different vantage points from the hills behind this huge tooth and from many beaches, yet could find no strong relationship between the rock and the land or sea below. I was looking for ‘jagged’.

I often hope that I will hear what I like to call the ‘final signal’ indicating that the moment has come when all the component elements within a photograph have interlocked to ultimately produce a pleasing and cohesive whole.

When the last few moments of direct sunlight briefly slammed onto the wall at the same moment that a lone figure pronounced by a wave beyond and holding a bright bag passed along the beach, I felt I had  heard that signal, I felt I had found ‘jagged’.