In any creative endeavour, it is likely that the work is subject to some degree of influence.  I have chosen these five photographers because of the extent to which they have impressed themselves on me. Their images resonate with me now as much as they did when I first saw them and, like a beautiful melody, I often need to revisit them and reacquaint myself with any part that has become unfamiliar.

I admire these photographers for a number of different reasons.  André Kertész because of his eye for pattern, humour and design, and for bringing his photography to so many through his numourous exhibitions; Henri Cartier-Bresson for his body of work looking at different countries; Christopher Burkett for his craftmanship and dogged 10x8 consistancy, and for his ravishing, crystal-clear images, which I would give anything to see as transparencies; Nick Brandt for his wildlife images that reach a part of me that others fail to; and Ansel Adams for teaching me so very much about photography. 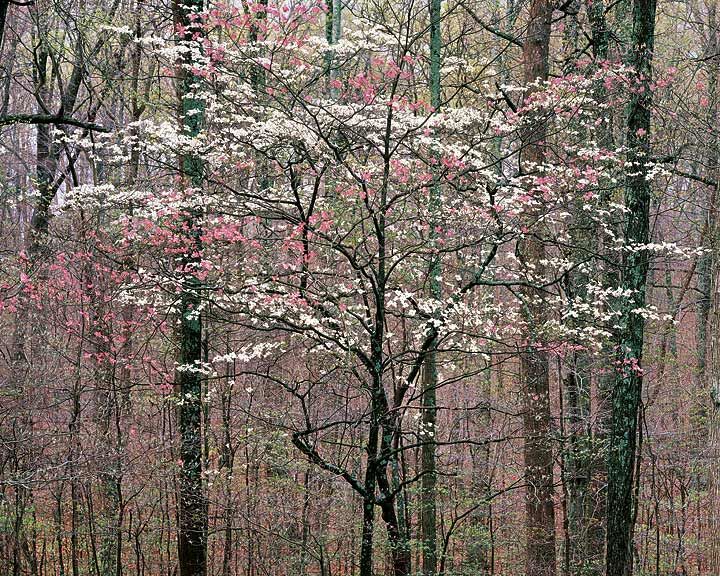 Burkett has never wavered from his large format.  He produces work that is rich with glorious detail.  From apparent woodland chaos, his eye extracts striking forms with subtle nuances of colour.  I am always looking for the simple story and this image delivers simplicity so sweetly. The delicacy of the central dogwood is emphasized by the backcloth of the slim, darkish boughs of the trees behind. 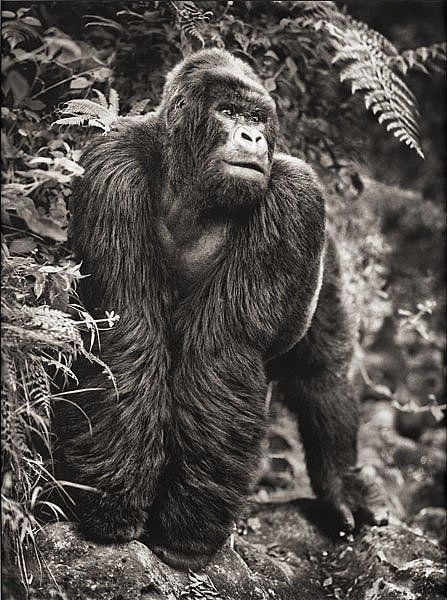 Brandt is one of a few photographers whose work can fill my eyes with tears. The role of the photograph must be to awaken something in the viewer, and Brandt’s photography tears into the very heart of me.  His work, in warm-toned monochrome, emphasizes so poignantly that these lives, like all lives, are sacred.  Brandt forces me to realise this through meticulous craftsmanship and overwhelming tugs at my emotions.  I am fascinated by where the viewer’s eye first lands and keeps returning to.  In a landscape photograph, there is often a detail that the viewer will return to, like the gorilla’s eyes here, with their glinting highlights. 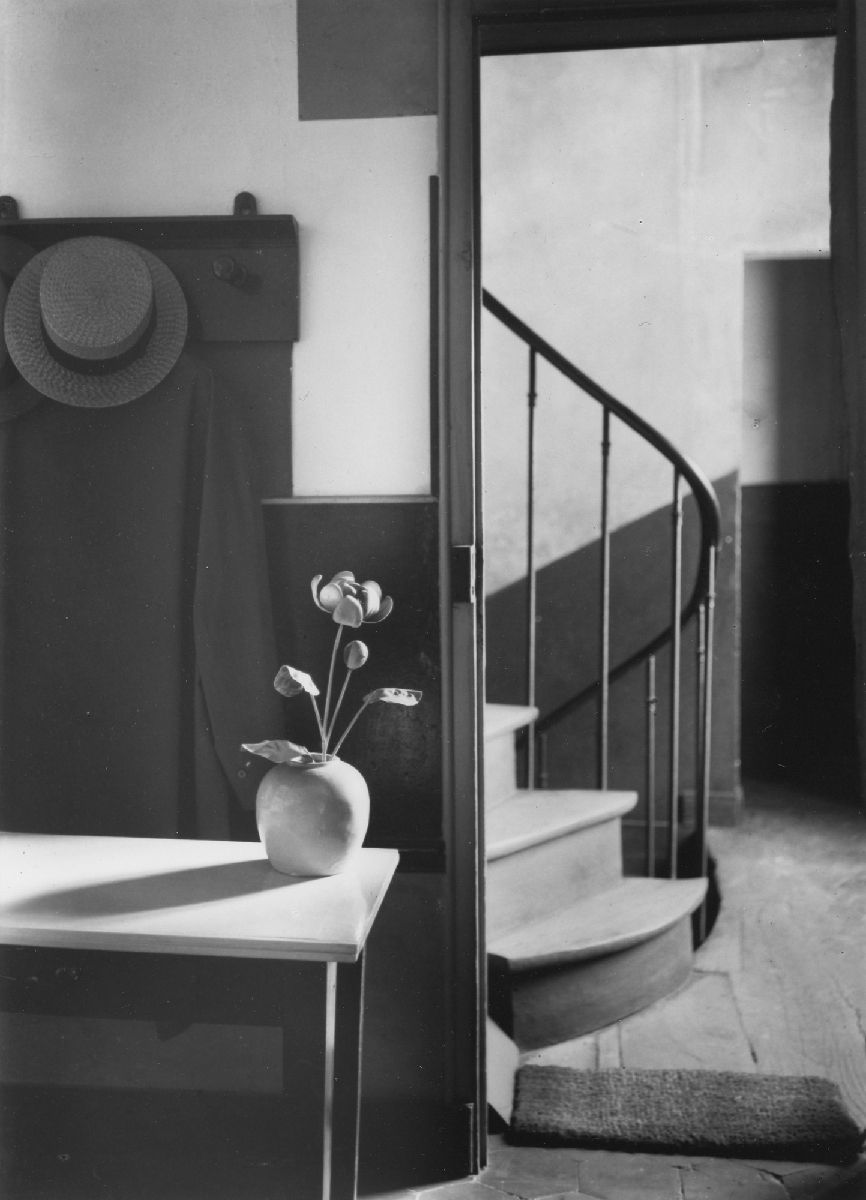 In 1979, I visited the Serpentine Gallery and discovered some 200 images by André Kertész.  I was not to know then that he would become such a favourite photographer of mine.  That day, I went to a discussion of his work attended by Kertész himself. When asked to comment, he looked around his vast body of work on the gallery walls and merely said 'I just took the pictures.’ I will never forget that line.  In his photo, the replication of arc and line in the brim of the hat, the vase and the graceful curve of the bannister act as a superb foil to the littering of rectangles found elsewhere in the image.  I pursue this degree of elegant construction my landscapes. 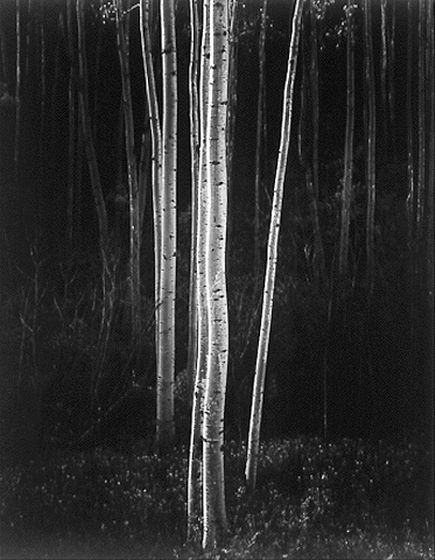 Adams remains a mentor for many photographers.  I strongly refute the suggestion that he is now regarded as a passé: he is as alive and vital to my way of seeing as he ever was and I will be forever thankful for his ability to share his deep knowledge of the subject.  Adams’ influence on my photography is impossible to measure. This image reminds me of his total dedication to his previsualisation.  His abilbity to give the foreground trees such heavenly luminosity through exposure and development makes me gasp.  Meanwhile, of course, the background preserves subtle detail – just as the great master planned and intended. 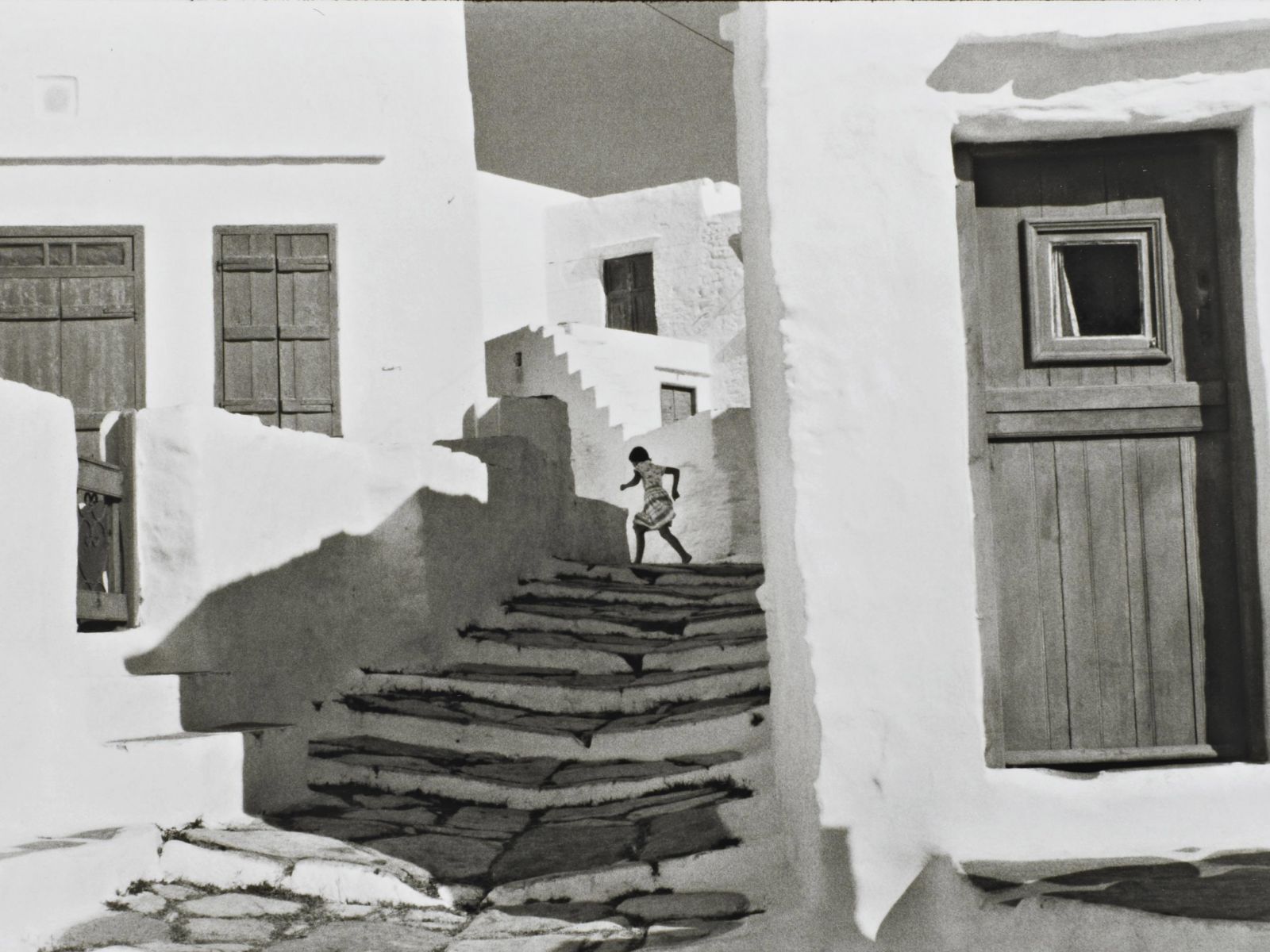 I have spent many years marvelling at this beautifully constructed image.  I have concluded that it is the right angle of Flora’s elbow that is pivotal to the entire compostion.  There are numourous other right angles in the image that repeat and flow out in all directions from her elbow.  It is a masterful image from a photographer who could clearly see the numourous elements that make up such a fine photograph.  The right angles found throughout this image remind me of how important it is to look for relationships of form.  No matter how tenuous these relationships are, they can contribute to the cohesiveness needed to complete an image.