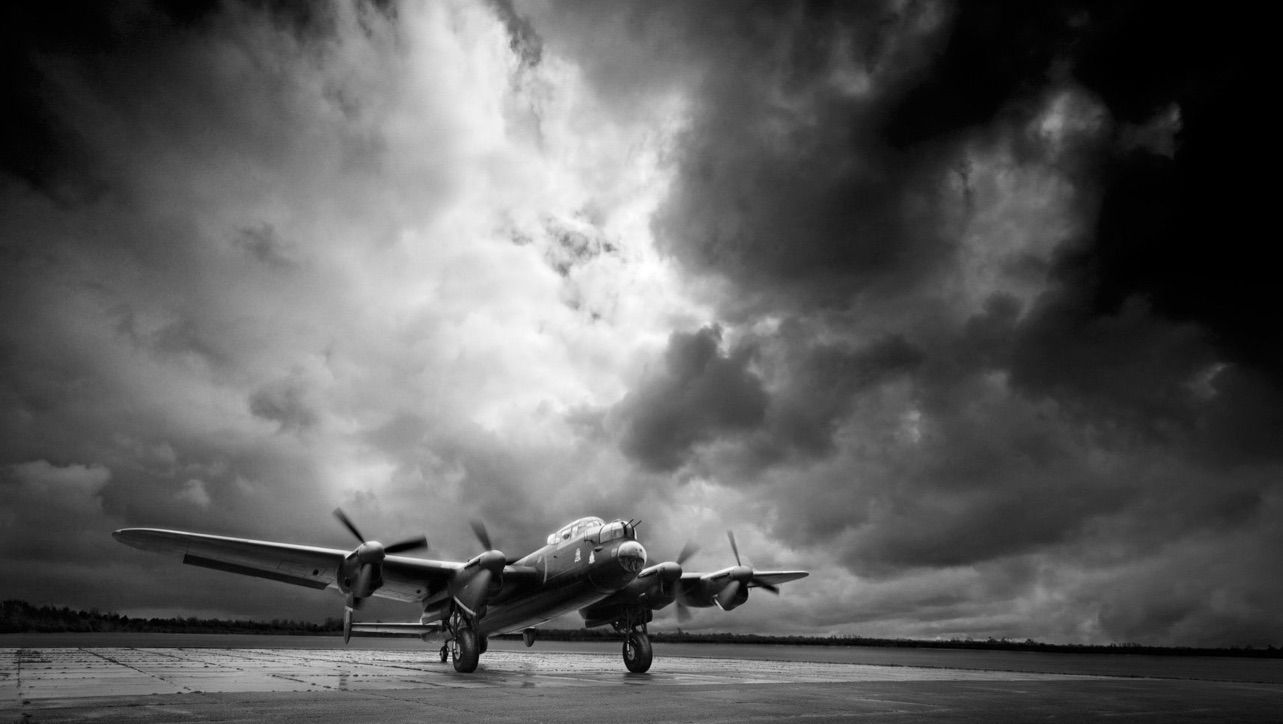 It is arguable that skies play a huge part in our sense of wellbeing. It stands to reason that thickening grey Altostratuscloud at an altitude of perhaps a few hundred meters may not bevery conducive to feeling upbeat. Conversation is often about how ‘grim’ the weather is and we tend to be locked down in a state of reluctant endurance. 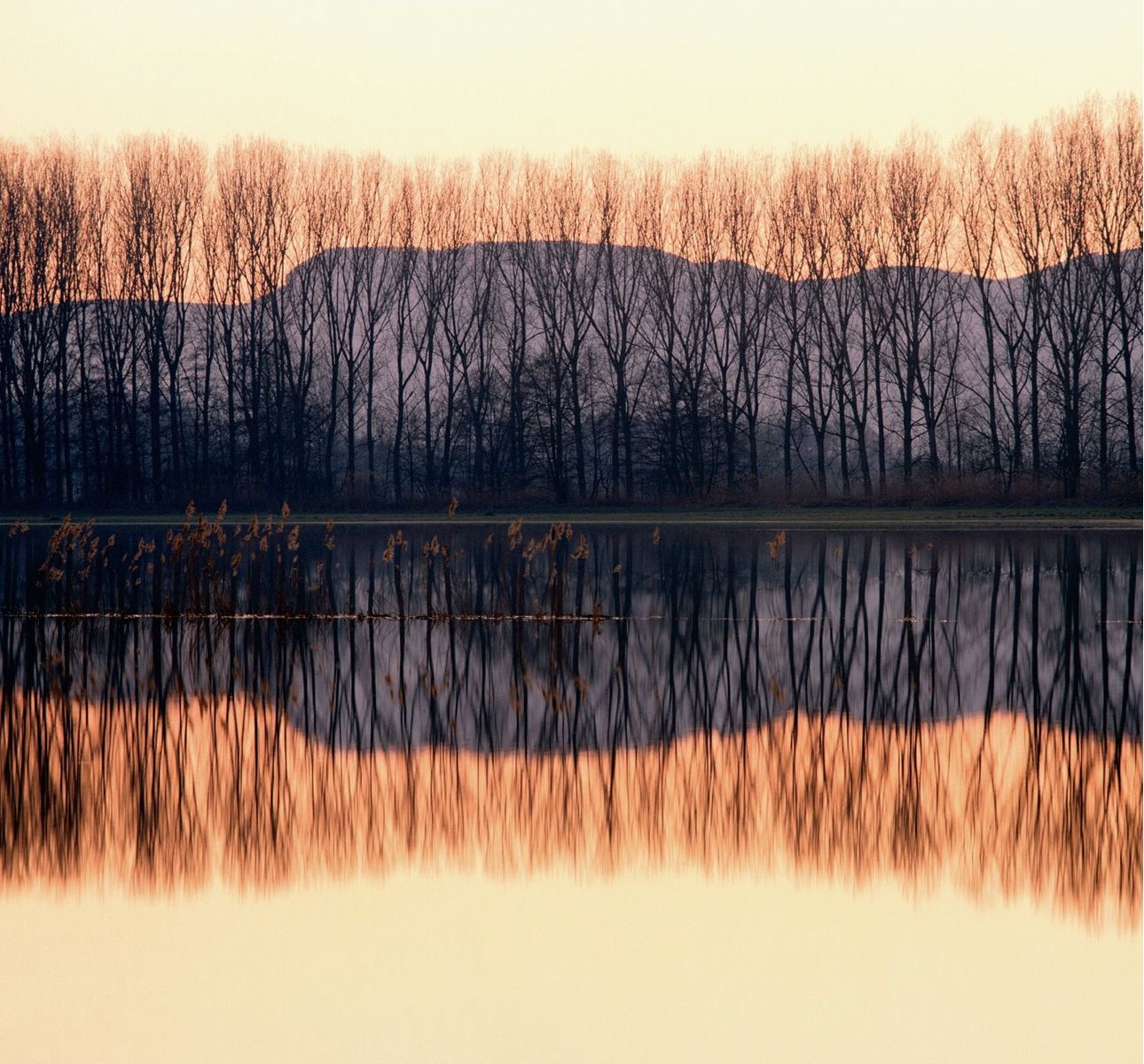 I have long cared deeply for high cirrus, which is not as capricious as the lower cloud family of cumuli who keep photographers guessing with their tantalizing unpredictability. Many a time have I tried to send telepathic messages to building cumulus in the hope that they will perform and place themselves as I would wish but often, in their obstinacy, they taunt me and disappoint at the last minute.

No, it is the majestic cirrus, the ‘cloud queen’ that I almost have a love affair with. She is an astonishingly elegant cloud, around 5 miles high and made mostly of ice crystals. She is the cloud that will grace a landscape and if a little serendipity prevails, then there may be a feature or two below that will link arms with the cirrus above and a happy relationship of pattern and reciprocity will be established.

The early riser will have a greater chance of relishing the best of high cirrus. 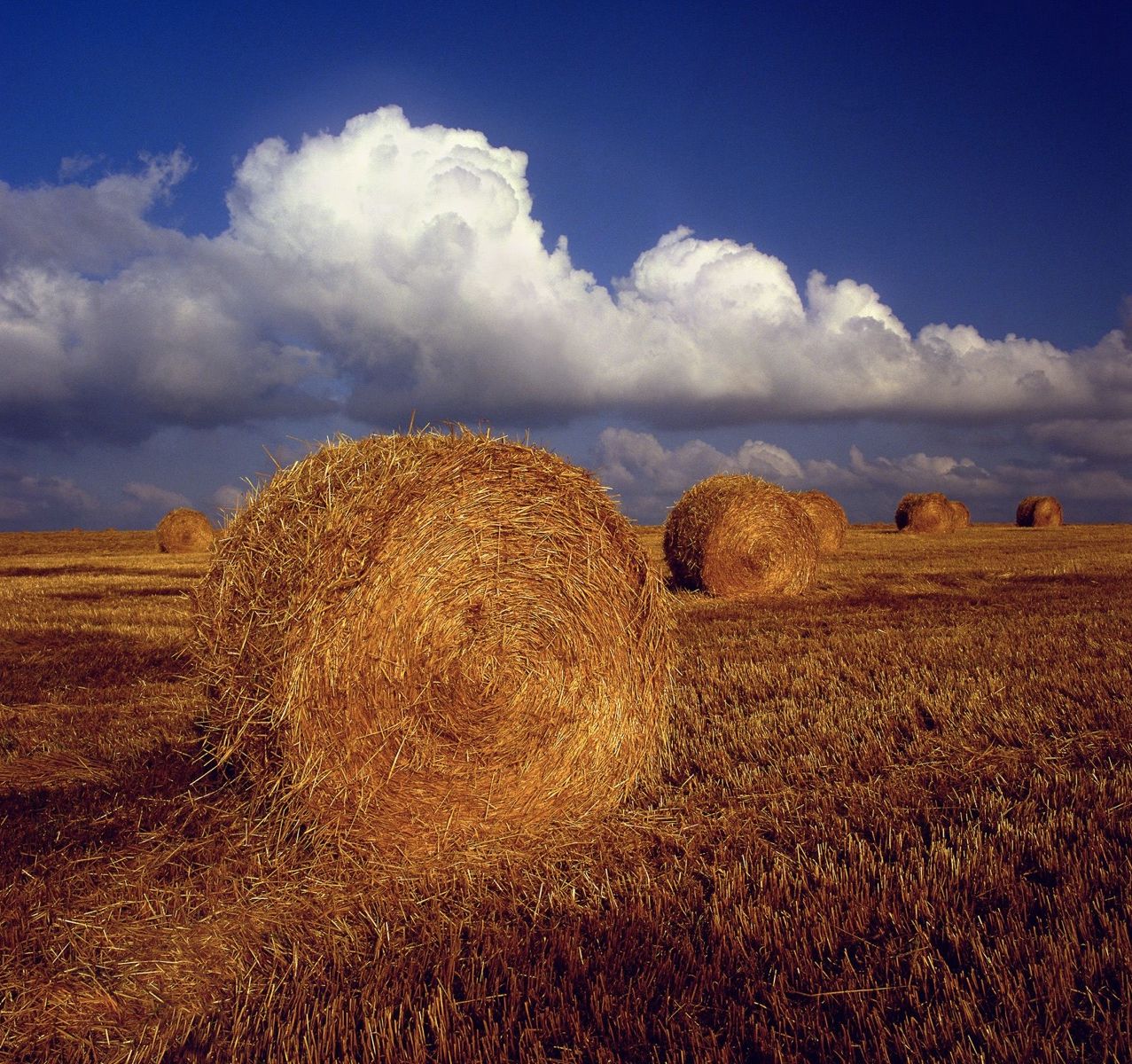 ABOVE: NEAR STONEHENGE, ENGLAND

It is the monotonous blue sky that Landscape photographers don’t care for and may often complain of ‘no information’ above and speak of great landscape painters who had the choice of delivering threatening rain clouds or the dainty cotton wool balls of altocumulus to their canvas.

But clouds can sometimes be compliant and behave in a way that one may wish. Often there may be a feature in a landscape that I find I do not care for.

Perhaps there may be a screamingly reflective aluminum of a newly roofed barn which the eye of the viewer of the image would be hauled toward, away from the anchor within the image where one wants it to reside. It is then that a friendly cloud may well come to rescue by delivering a perfectly sized ‘dollop’ of it’s own shadow on to the barn roof and subduing it just for the time that it takes for the shutter to be depressed; some clouds can be wonderfully helpful. 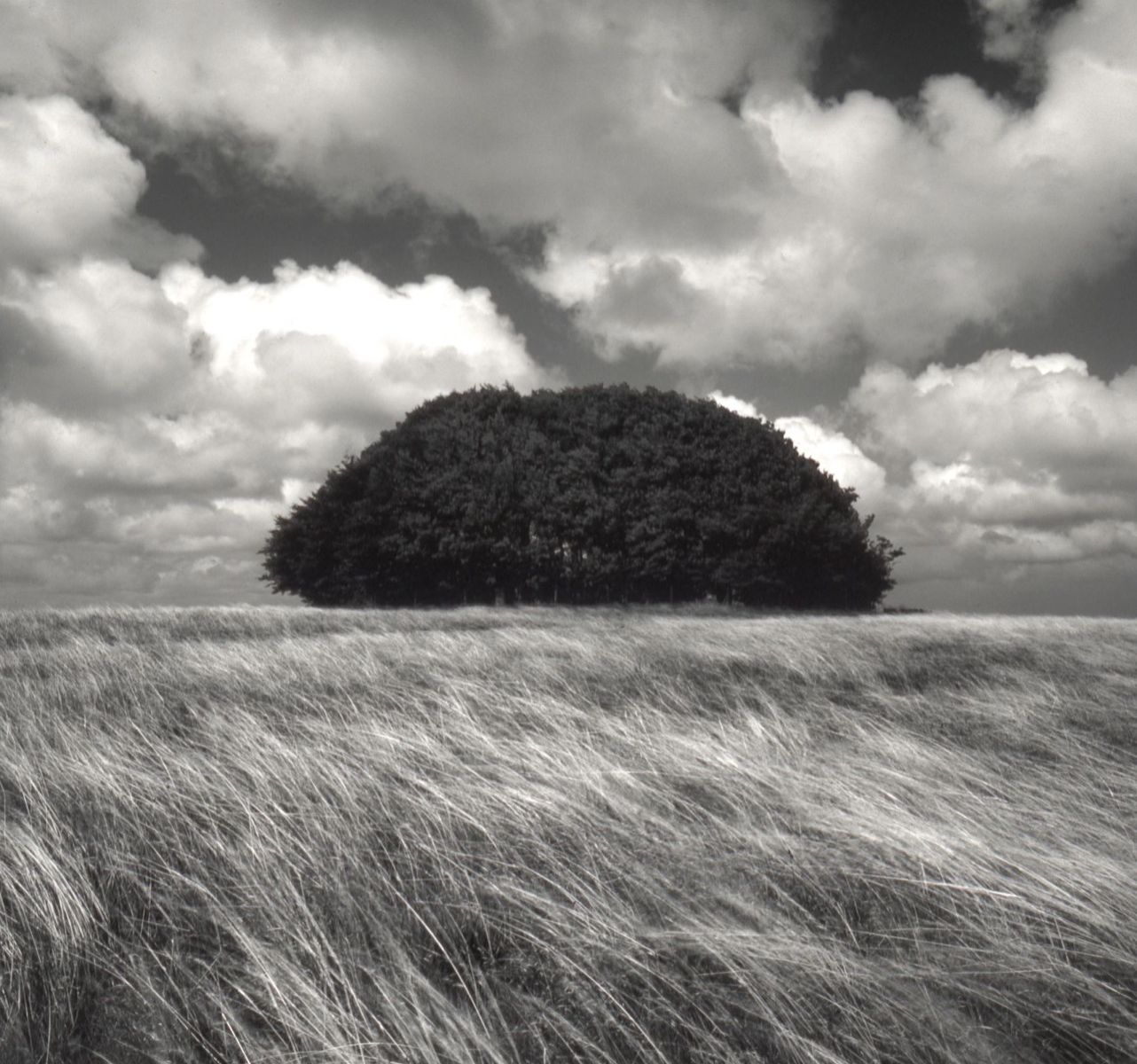 ABOVE: WIN GREEN I, ENGLAND

The big landscape can sometimes appear too cumbersome for a student of landscape photography who may find difficulty in grappling with a deep and broad scene and may contemplate how such vastness could be embraced by a 36mmx 24mm rectangle or similar.

Clouds could well come to the rescue. To my mind, the key is to never accept the cloud structure or formation that prevails on arrival unless it obviously seems to fit well with the landscape beneath. A glimpse upward and across to the sky to see what is ‘on the way’ may well suggest that a further hour or so waiting will prove to be worthwhile. 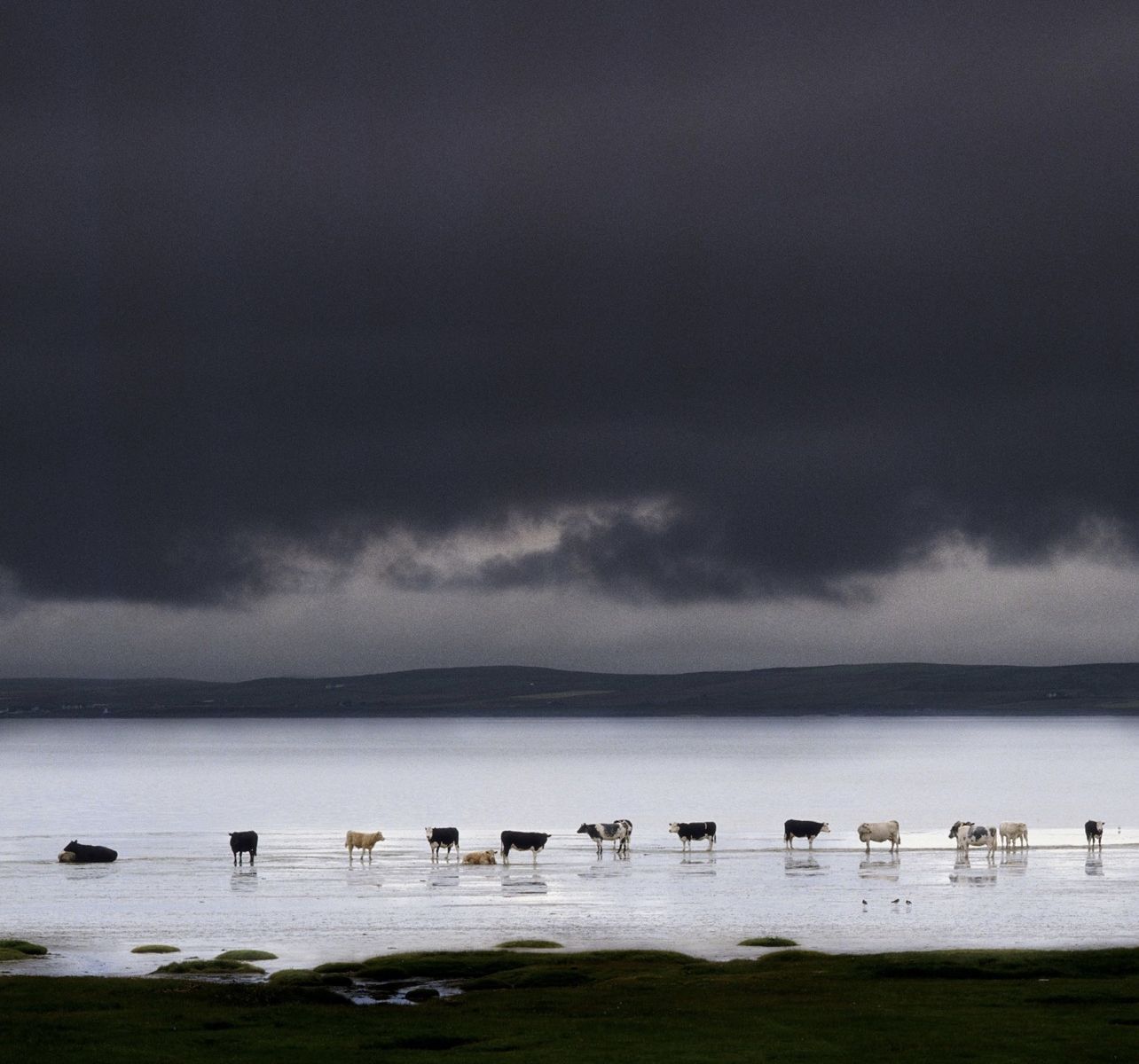 A cohesive relationship between sky and land is pivotal to the success of an image and when cloud shadows are distributed across the land, a sense of depth and dimension is conveyed which in turn helps to mitigate the two dimensional nature of the photograph.

After all this, the selfsame viewer who may look and hopefully admire the photograph may often be heard to say, ‘That photographer was lucky to get that sky’ 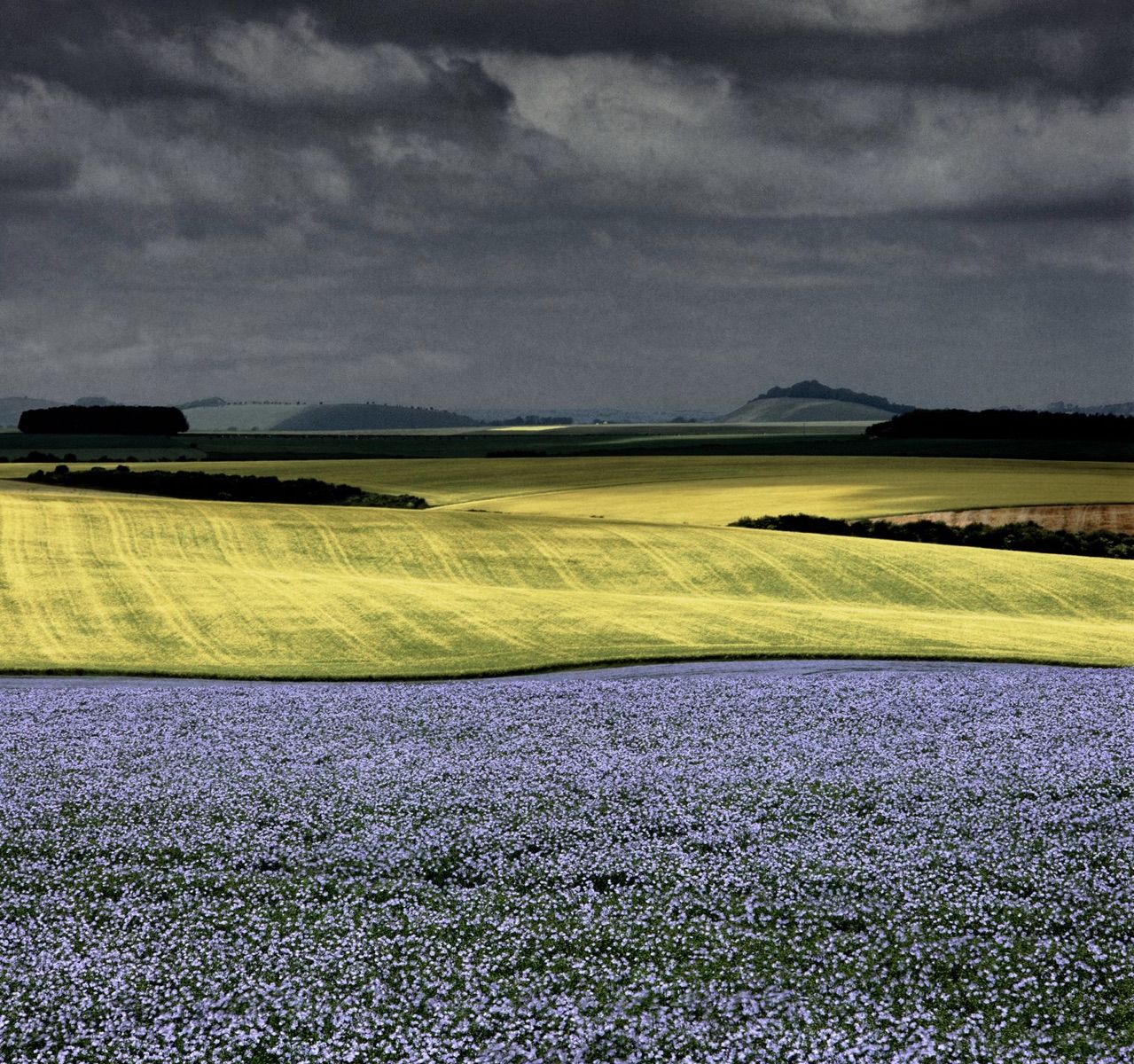